In the YBA boarding school/ mystery novel, Murder Most Unladylike by Robyn Stevens, new girl Hazel is led astray by the charismatic Daisy – after being tricked into climbing into her own trunk and then locked in. Hazel says “in a way, I have been getting into trunks for Daisy ever since, without stopping to ask why”.  Who’s influencing our children, once an old-fashioned concern,  is probably now the primary worry of many modern parents. But mothers of a girl listening to their radios this week, may have been wondering if we might need to take their  young adult welfare more seriously too. First there was the terrifying tale of the 22- year old British backpacker  who after driving off from a petrol station without paying, was then stopped by Police and found to be in a  “bloodied and (in a) highly distressed state”.  She had been, it transpired, held against her will by her boyfriend Marcus Martin –  during a horrific five week-long, 900-mile ordeal across Australia’s Outback. Grainy CCTV photos of her at the service station were soon all over the internet;

The girl, from Liverpool, was traveling in Australia when she met Martin at a ‘bush door’ party in January, in Cairns. Reportedly a drifter and drug-user, he now faces charges including four counts of rape, eight counts of assault, four counts of strangulation, and two of deprivation of liberty. She is said to be in the “care of friends and family” having been released from hospital.

She said, “I hated her. I hated her so much.  I felt that she had all the power to stop it – and she didn’t. Nothing your children can do will stop you loving them, but the hatred was enormous. I was just desperately angry. I wanted to pick her up literally by her shoulders and shake her like a doll and say, “For goodness sake! Look at what you are doing!”

“The problem really started five years ago, when she was 18. She had some life changes in terms of friends going off to university and changes in a long-term relationship that she had been happy in, and then it had gone wrong. Her behaviour, her personality, started to change.

Before she had been hard-working, she had loved her horse and would ride, and all these things started to fall by the wayside. She slept a lot in the day. I kept saying to her, “What’s wrong with you?”

And then she started hanging around with people that we knew were not a good influence – older people who were using drugs.”

Chilling stories, and extreme examples we hope. But oh so important. They tell of our deepest fears for our adult children, the horror of them falling into the wrong company – and then them not being able to get out.   However much we’ve nurtured and nourished their childhood; inviting the nice kids round for tea; encouraging hobbies and interests; dressing them up sweetly for parties – we really are quite powerless when they grow up.   As teens they rollercoast their way away from us; hunters for freedom.  Soon the attractions they seek – fun, adventure, excitement – become more of a risk-taking nature (which most probably equals booze, drugs and sexual liaisons) and with the parental reins off, what’s to stop them?

And as they cast around for desire and popularity, it’s the girls that often get ‘misled by fancy’s meteor ray’ (Robert Burns). They just can’t help finding the bad boys the most attractive. Often muscly, probably good-looking, they are confident, superior, arrogant. The Party boys. The Risk-takers.  Edgy and exciting. A challenge. There’s science to prove it.

(Oh Lordy lock up your daughters… here’s the ‘bad boy of ballet’ in Dancer, a documentary by Steven Cantor on release now.)

And then there are those tricksy role-models; female celebrities hanging with their bad boy men and filling their social media feeds.

The attraction of a bad-boy (to those so impressionable youth brains) is really very strong stuff – and we’d be foolish to ignore it. But there’s no doubting, we can’t keep them locked in a trunk, we will have to let them go.

So love ’em tight when they are little, and send them off when they are big – with a wing and a prayer – and a  big reminder that nice guys really are nice.

All for the love of a bad boy:

To Read: For the romantic, there’s a whole genre devoted to the teen reader  that taps into the bad boy attraction that many of us will remember from our own fantasy-spent youths: 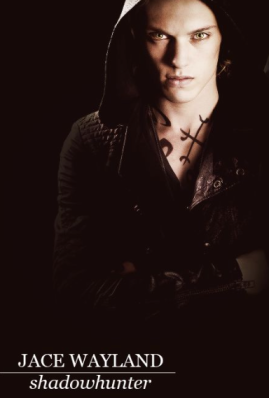 And we know all about falling for ‘bad’ men from classic literature too.  From Mr Rochester (Jane Eyre) to Dorian Gray (Picture of Dorian Gray), from Heathcliff (Withering Heights) to Darcy (Pride and Prejudice)  – the attractions of the brooding type continue to enthrall us; 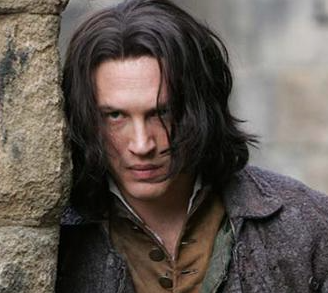 To watch: For the reality, it’s grown-up film that shows us toxic relationships up, close and personal. Raw, sordid, despairing; and horribly compelling to watch:

To listen: Balm comes in the form of radio;

Radio 4’s Afternoon Play The Confessions.  A contemporary thriller about an art scam. Catrin is a good girl who has fallen for a bad boy but will she override her moral scruples and go along with Luke’s scheme whatever the price?
And
Sergei Polunin, ‘the bad boy of ballet’,  talks about his  new documentary, Dancer. (The Arts Show)