A Judas kiss.   Just like Jesus experienced a couple of centuries ago, it’s been a right ol’ week for friends betraying friends.

First it was political as Justice Secretary Michael Gove plotted and garroted his former ally Boris Johnson. Intrigue and betrayal may be rooted in our state affairs, but the revenge tragedy currently being played on the political stage is rather stunning.  There are 2 types of character here; those to whom betrayal is not a big thing, it’s opportunism (and natural – an apparent part of their DNA) and those who’s hand is seemingly  forced (a steely wife wearing the trousers…)

Then it got really personal; Robin Bailey, an Australian radio host, publicly revealed a friend had betrayed her! The friend’s crime? She posted a photo of Robin with her new partner on Facebook – it ‘offended every part of my being’ she said. (Bailey came to attention 2 years ago when she went public with the after-affects of her husband’s suicide). 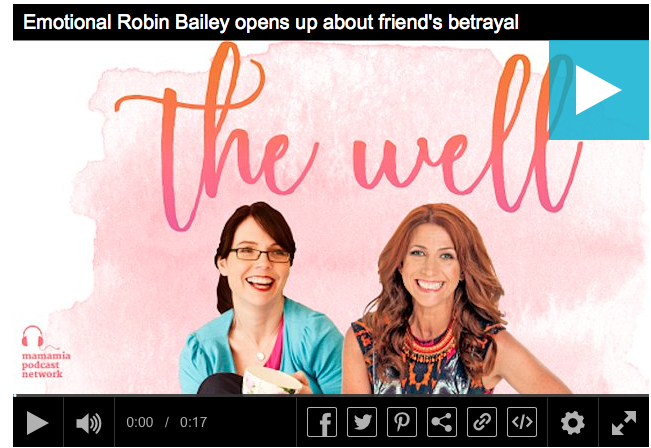 This seems like a small story, yes, (the Daily Mail seem to be the only British paper to have picked up on it) but it is one that speaks to our times. The pitfalls of picture posting on social media flare up every now and then (usually in a bullying or love cheating context) but a public telling of a friendship betrayal feels rather new.

Dark and devious; beloved by all kinds of writers; betrayal’s 7 ways of meaning give it scope too (perhaps on a par with love);

3. to disappoint the hopes or expectations of; be disloyal to: to betray one’s friends.

4. to reveal or disclose in violation of confidence: to betray a secret.

5. to reveal unconsciously (something one would preferably conceal):

6.to show or exhibit; reveal; disclose: an unfeeling remark that betrays his lack of concern.

7.to deceive, misguide, or corrupt:

Betrayal is a multi-layered theme then, that can be interpreted and infused at the storyteller’s will. Shakespeare understood it’s nuances and it’s power; he used it politically (Richard III), comically (Midsummer’s Night Dream) and passionately (Othello) – among many other examples.

It’s badass too – TV soaps and shock shows like Jeremy Kyle live off it.  It’s the lifeblood of these continuous series. It shapes characters. It provides plot turns. It’s the main reason, many keep on watching.

We usually betray others for power, money, reputation (just the usual self-aggrandizement) and love.  The big double-cross is a bell-ringer for any story. A useful plot device too that gives the reader a big clue to the character’s motivations or the incentive for a story twist.

And there are many cultural interpretations of this: here are lists of films, and novels, and then there’s probably the most famous betrayal play; Harold Pinter’s Betrayal (based on his own affair with Joan Bakewell).

These popular, big-audience portrayals serve up betrayal, large and hot.  It’s the meat of the meal. We know who the betrayers are, what the betrayal is, and the likely consequences of the treachery.

For those who’ve experienced a love betrayal this is familiar territory.

But mostly in our daily lives we are likely to encounter betrayal as a more subtle hurt – the unreturned phone call or text, the promised errand overlooked, the social date reneged upon, the missed meeting, the gossipy chatter – the turning away, of any kind. These slights add up (how many little lies make a betrayal?), untended they become weeping wounds. For the person betrayed these hurt feelings (that can last a lifetime) bring with them mental anguish, broken relationships, sabotage and even revenge.

Psychologists and therapists have long recognised this but our writers and film-makers have been slower to offer betrayal as a more nuanced form in their literary work. Perhaps because these are just too subtle for screen storytelling. Or perhaps it because the usual recovery remedies  (a mix of letting go, healing and forgiveness) are just not that interesting to mainstream audiences (there’s been little big screen repeating of Eat, Pray, Love)

Perhaps the next big healing story will do as Britpop artist Tracey Emin recently did;   marry a large stone in her garden. 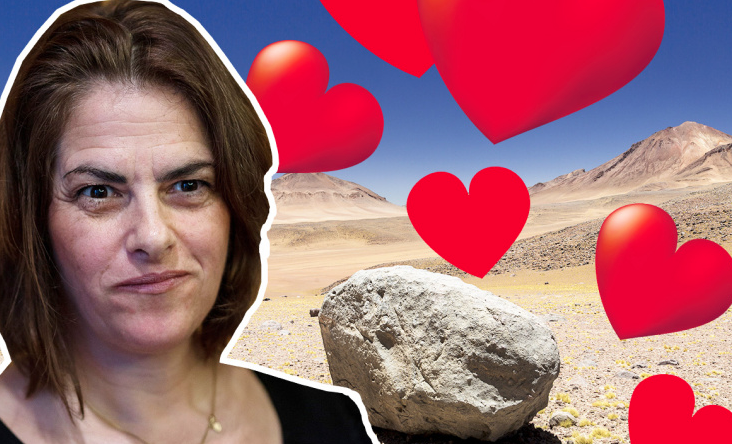 Well known for her expositions on lust and the betrayals of her childhood, now 52 she has decided to explore love with spirituality.   The stone, she says, is “beautiful, it’s paleolithic, it’s monumental, it’s dignified, it will never, ever let me down. It’s not going anywhere: it’s a metaphor for what I prefer to live with. I prefer to be single, doing everything I want to do and how I want to do it.” Better than that, it cheers her up. “If I feel really low – anything from ‘I shouldn’t have said that’ to ‘I don’t feel very well’, to ‘I feel a bit lonely’ – I think about the stone and it actually makes me feel better.”

It’s a story no-one could have made up.

Frat boys: Inside America’s Fraternities – (BBC iplayer) – Friendship and trust are explored in the context of America’s college fraternities. Notorious for hard drinking and hard partying, they are also accused of fostering a culture of brutality and sexual assault. Undergrads are attracted to them by the promise of a powerful network of alumni that will support them in their starting careers (and maybe for life) – but what’s the real cost?
Whilst Goat (2016) offers double jeopardy – a fraternal story of a fraternity (based on a true story). A more pointed, astute and unflinching test of machishmo.  Here loyalties are tested from the start.
Versailles:  (BBC iplayer) The layers of treachery (and debauchery) in Louis XIV’s royal court continue in sumptious form on BBC 2. The show may be borderline farcical; the bonking and bed-swapping has determined a comic tone, but this is very fine looking film-making.

The Vanishing Act of Esme Lennox – Maggie Farrell (BBC player).  Hannah Gordon, Frances Grey and Eleanor Bron read this highly acclaimed novel set between the conventions of 1930’s Edinburgh and the freedoms of today. A haunting story of terrible family betrayals and a life stolen.

The Betrayal  – Helen Dunmore (BBC iplayer). An exploration of betrayal’s many meanings in Stalinist Russia, as a married couple struggle to remain humane and true in the face of a pervading menace, from neighbours, from colleagues and from the State.